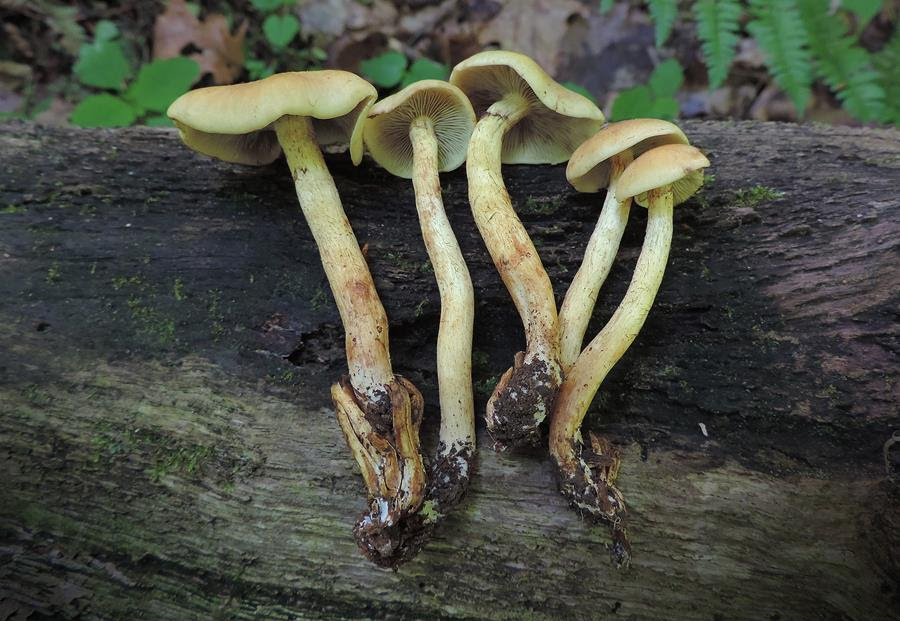 If you could imagine for one moment a mushroom-less world, you’d probably agree that this fantasy land would certainly not resemble the one we inhabit today.

In almost every ecosystem, fungi thrive and engage in countless roles indispensable to the health of every resident organism.

Perplexingly, many fungi also have the ability to shift roles in an ecosystem and instead undermine the health of resident organisms, ultimately contributing to their demise.

One model group of fungi with the ability to perform multiple (and seemingly contradictory) roles in forests is the Armillaria genus of fungi.

Armillaria fungi produce honey mushrooms, and while mycophagists celebrate the appearance of these early autumn treasures, honey mushrooms spell trouble for many foresters and homeowners.

As it turns out, mycelia of honey mushrooms can infect living trees and eventually destroy their roots and lower trunks.  This disease is known as “Armillaria root rot” and it occurs throughout the temperate and tropical regions of the world.

I recently received a great question from an arborist who was interested in combatting Armillaria infection particularly by using other fungi as a means of control.

Interestingly, there are numerous studies on the ability of mushrooms to treat and prevent Armillaria infection, and this fascinating topic is one that I explore thoroughly in the following video.

If you are interested in learning how tree-eating mushrooms can paradoxically save trees infected with fungi, check out the brand new video! 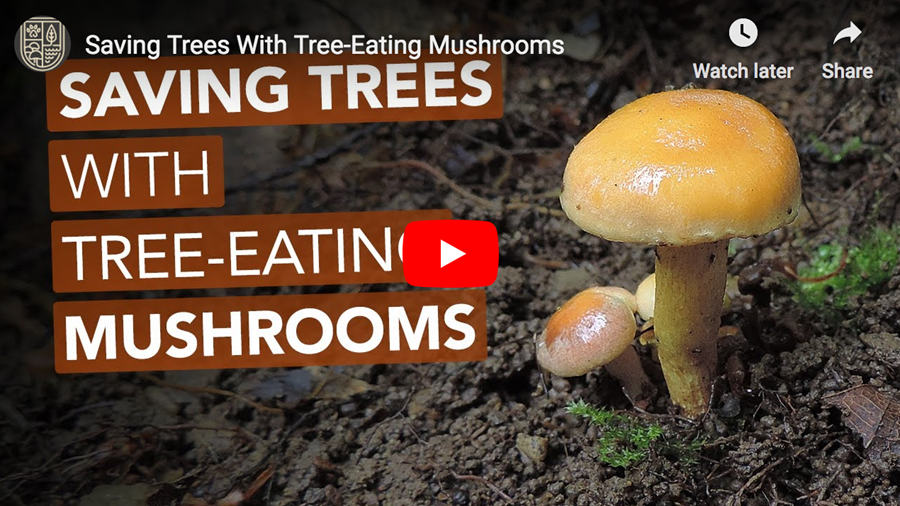 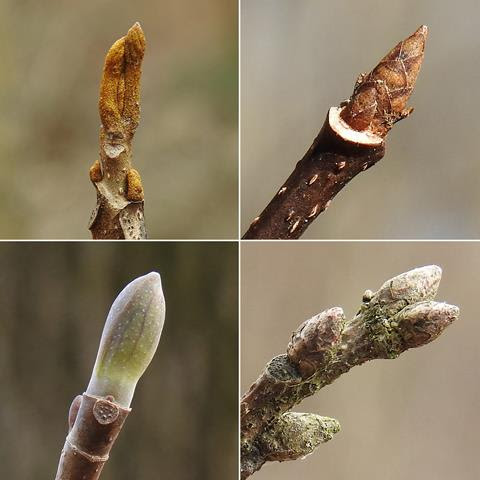 Speaking of trees, the time in which we can analyze and appreciate their winter buds is slowly dwindling.  Pictured here are four different broad-leaved species.  Do you recognize any of them?  Check out this recent Instagram post to learn more!

Thanks for reading and watching… and as always, thank you for your support!