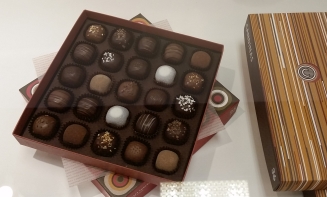 Chocolate: food or medicine? For centuries, chocolate was consumed primarily as medicine. Cacao, from which chocolate is derived, was the basis for prescriptions promising relief from such ailments as anemia, alopecia, fever, gout, heart disease, kidney and liver disease, along with tuberculosis. Prescriptions from the 16th and 17th centuries would combine cacao with cinnamon, sugar, pepper, cloves, vanilla, and/or anise to ease common complaints. Certainly modern day amoxicillin could benefit from such a delicious concoction.

It was only in the 19th century that chocolate became more of a food staple and less of a medicine. This was in part because of the expansion of where cacao could be grown. Cacao is a New World food, but the Portuguese brought the cacao tree to the African tropics. The development of machinery made it easier to separate cacao butter from the seeds, and so the making…

Cinnamon is the name for several plant species in the laurel family (Lauraceae). It is a small tropical evergreen tree with aromatic leaves and bark. The spice, cinnamon, is the bark of the tree which has been shaved, rolled, and dried into the familiar tubes called “quills.” 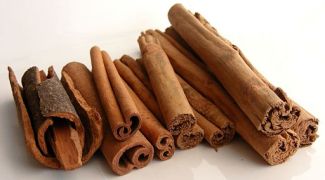 The two most common cinnamon species are “true” or Ceylon cinnamon (Cinnamomum verum) and cassia cinnamon (Cinnamomum aromaticum). “True” cinnamon is grown in Sri Lanka. Cassia cinnamon is grown in Southeast Asia and is the one found in the spice section of your grocery store. The two cinnamons differ in taste and color, with the “true” cinnamon having a more subtle, delicate flavor and a lighter color. It is also more expensive. The picture is a good illustration of the difference between the two cinnamons. The cinnamon on the left is the coarser cassia cinnamon. The…

A former roommate once picked on me because I saved the crumbs from the bottom of cracker, chip, and pretzel bags. A few years later, he admitted he was rather impressed with all the different uses I found for them, from incorporating them into quiche crusts and coating fish, to topping casseroles and mixing them into meatballs. So it is not surprising that I am often astounded by the bags of trash that get brought to the curb after my neighbors host summer barbecues. I can’t help but wonder: how much of my neighbors’ food waste could be used for something else? 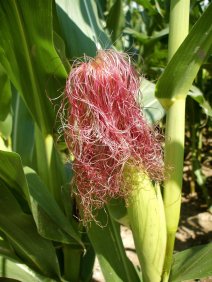 One of the great pleasures of summer is fresh corn on the cob, and one of my least favorite things is the silk that often interferes with that pleasure. But these silky strands can be dried and used as a tea. Corn silk was used…

I love weeds. There, I said it.  Don’t worry, I do pull them (there’s a reason why they’re called weeds, after all), but I am much more likely to make a tincture or a salve or something good (yes, good) to eat than to discard them completely.

After all, weeds were really the first herbs. Emerson said “weeds are but an unloved flower.” They have also been called a plant out of place. Consider a field of commercial dandelions with a single forlorn rose bush growing in the middle. Now which one is the weed?

Weeds tell wonderful stories, and as we learn them, they take us on a journey to discover where they came from and how they came to be who they are today. 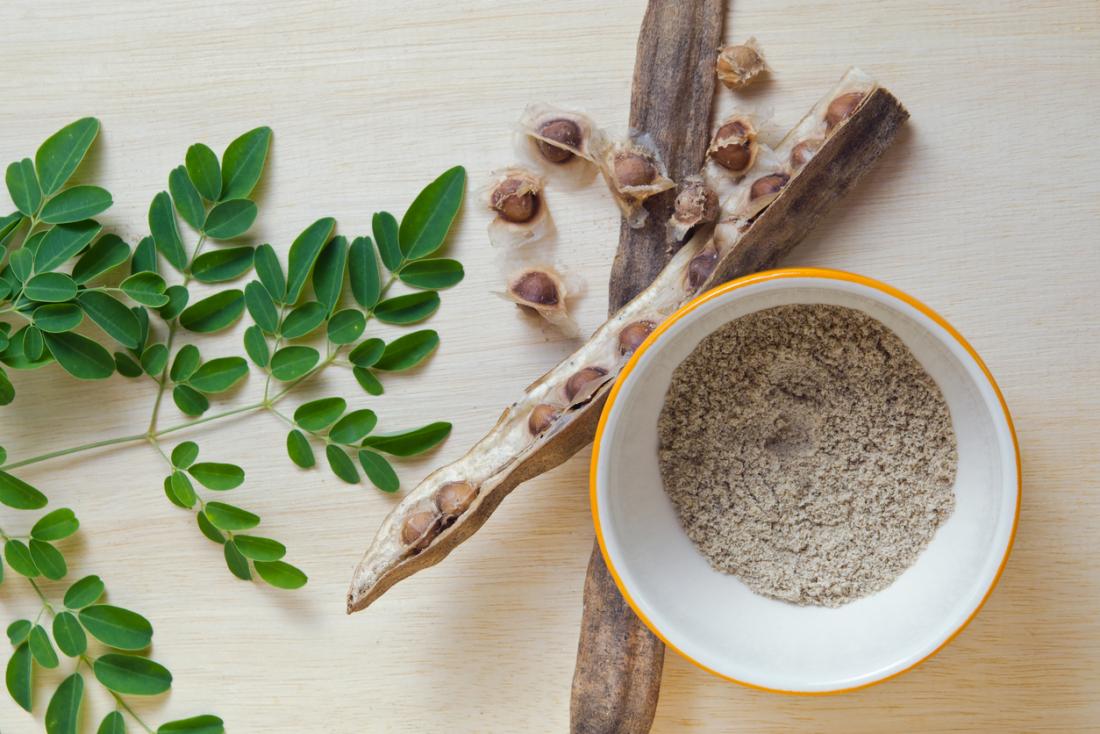 Moringa oleifera is one of the 12 known Moringa species in the horseradish tree family (Moringaceae) that flourish in drier parts of the world.1 Nine species occur in eastern Ethiopia, northern Kenya, and Somalia, of which eight 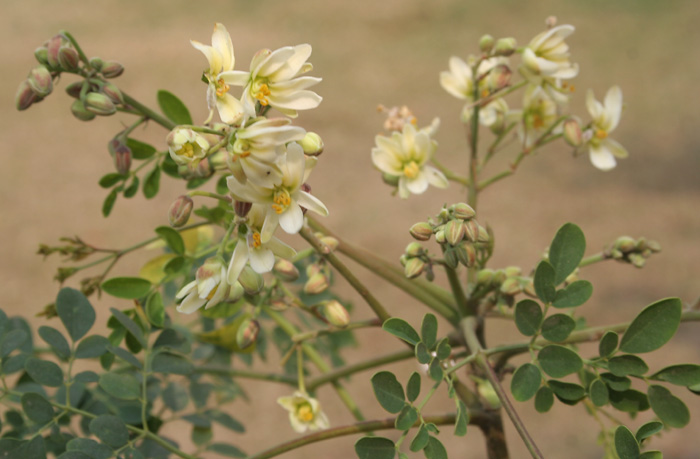 are endemic to Africa, and three species occur in India.1,2 Belonging to the Brassicales order, this plant family is distantly related to cruciferous vegetables like arugula (Eruca vesicaria ssp. sativa, Brassicaceae) and broccoli (Brassica oleracea var. italica, Brassicaceae) and contains many of the same nutrients and sulfurous phytochemicals.1,3 Moringa species grow as stout-stemmed trees or shrubs. Some species are known as bottle trees and have a large root system that enhances water storage and aids the trees’ survival during periods of drought.1 Members of the Moringa genus have corky gray bark and distinct bi- or tri-pinnately compound leaves that have conspicuous swellings, or pulvini, at…

When violets begin to pop up in the spring landscape, it’s our cue that a vernal promenade of mineral-rich, cleansing herbs is in full swing. Violet keeps excellent company—look for herbs like chickweed, cleavers, dandelion, plantain, and stinging nettles when violet’s heart-shaped leaves and purple blooms appear on the scene.

These nourishing spring beauties all fall into the category of tonic alterative herbs. Many herbalists call them “blood cleansers” and indeed they can help to optimize the quality of the blood by affecting cellular metabolism. They also work their magic by supporting the elimination of wastes by improving liver, kidney, digestive, and lymphatic function.

Alterative herbs can be helpful for:

Violet is one of my choice herbal alteratives as its tender young leaves are optimally delicious for infused vinegars, spring salads, and pestos. In addition to being a classic cleansing herb, violet is rich in soluble fiber and is a traditional lymphatic and respiratory remedy; helping to bolster us through the last weeks of cold-season coughs and colds. You can read more about violet’s medicinal uses here.

*Please consult with an experienced herbalist before using herbs for any of these conditions or for cleansing. 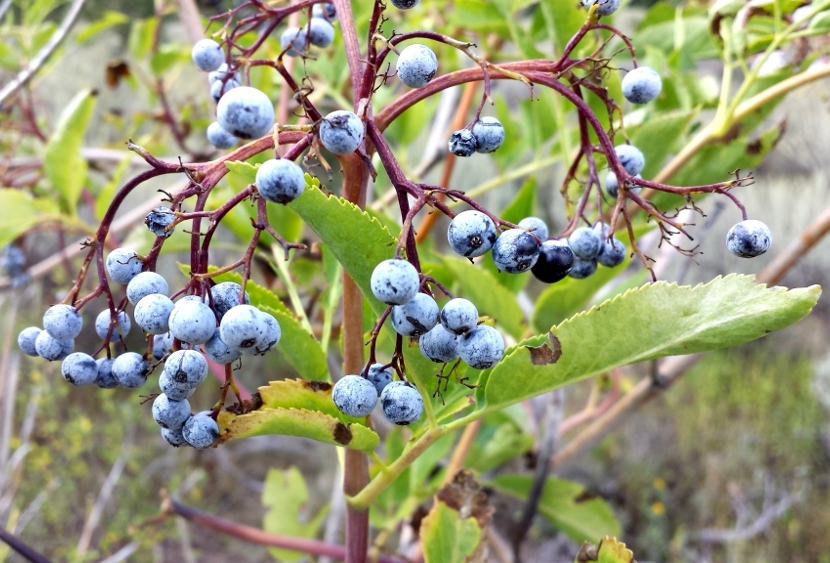 Plants commonly known as elder belong to the genus Sambucus and consist of 20-30 species of deciduous trees and shrubs in the Adoxaceae, or moschatel, family.1-3 Sambucus species are native to forested temperate and subtropical climates and grow to an average height of 32 feet (10 m).1,3 Elder shrubs have light brown or gray stippled bark and narrow, dark green pinnately compound leaves with five to nine toothed leaflets.2,4 In early summer, elder plants produce flat to roundish clusters of tiny, cream-white, saucer-shaped flowers. Depending on the species, the clusters of small fruits, botanically characterized as drupes, are blue-black, black, or red (and rarely, yellow or white).2,3 The only elder species with a history of culinary use are those that produce blue-black or black fruits. Elder species are highly adaptable and readily naturalize in an area, making them potentially invasive outside their native range.3 This…

According to herbalists, Elderberry syrup is a great preventive for colds and flus, an antiviral (helps prevent viruses from replicating) and immune stimulant. European Black Elderberries (Sambucus nigra) are the best type to use. Here is a simple recipe for making the syrup at home: 1) Use one cup (appx 100g) of dried black elderberries.…

via How to Make Elderberry Syrup — Richo’s Blog 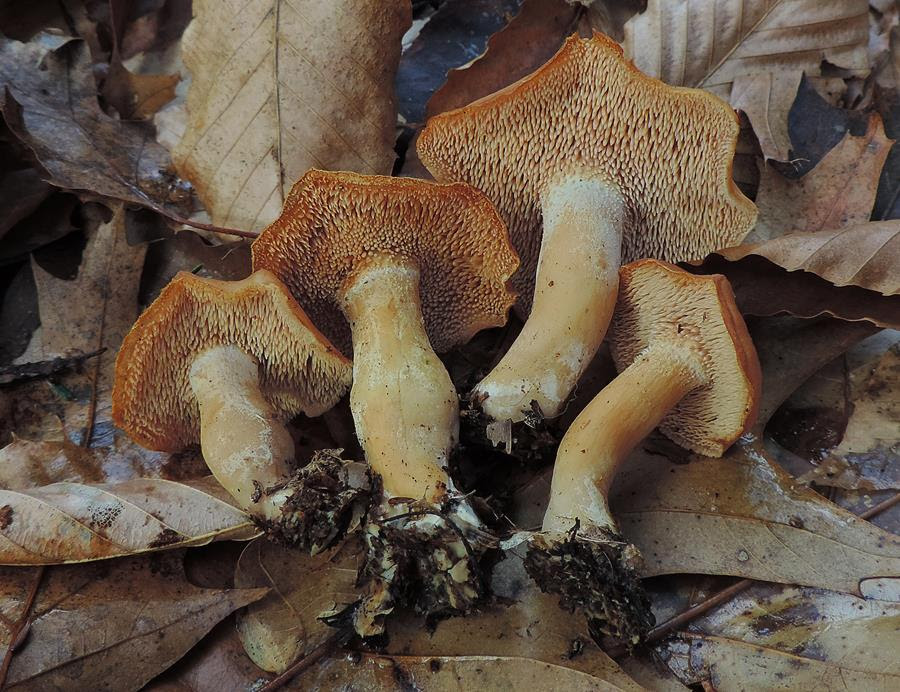 If you’re looking for reasons to eat more mushrooms, read on.

Two new relevant studies were published in the scientific literature this past year, each one highlighting the importance of mushrooms in the human diet.

As part of a recent study design, and to determine any association between mushroom consumption and mild cognitive impairment, researchers in Singapore analyzed diet and lifestyle factors of 663 participants over the age of 60.

Findings were similar in males and females, and results were published in the Journal Of Alzheimer’s Disease.  Researchers concluded:  “Mushroom  consumption could be a potential preventive measure to slow cognitive decline and neurodegeneration in aging.”

A brand new study published in the International Journal Of Cancer looked at the association between mushroom consumption and prostate cancer in over 36,000 Japanese men between the ages of 40 and 79.

This was the first long-term cohort study ever published on the subject.  (A cohort study follows participants over time to determine the incidence of, or mortality from, a disease or other outcome.)

Researchers in this study concluded that “habitual mushroom intake might help to reduce prostate cancer risk.”

So… if you needed yet another reason to eat more mushrooms, perhaps these two studies will influence your decision in a positive manner.

Lastly, today (Sunday) is the last day to enroll in Foraging Wild Mushrooms, as registration will close at midnight.  This online course is designed to teach you the skills necessary to safely and confidently harvest wild fungi for food, for medicine, for study, and for fun.

Additionally, a portion of all proceeds derived from course sales will be donated to the Pennsylvania Parks & Forest Foundation — a nonprofit organization whose mission it is to inspire stewardship of Pennsylvania’s beautiful state parks and forests.

You can learn more about the course here.

Thanks for reading, and I hope you’ll consider adding more mushrooms to your holiday menus!

Black chokeberry (Aronia melanocarpa), also known as aronia berry, is a member of the economically important rose (Rosaceae) family, which includes other pome-producing plants like apple (Malus spp.), pear (Pyrus spp.), and quince (Cydonia oblonga). A pome is a fruit produced by the Malinae subtribe within Rosaceae. The genus Aronia includes two species of shrubs that are both native to North America: A. melanocarpa (black chokeberry) and A. arbutifolia (red chokeberry).1 Aronia melanocarpa grows to a height of 4-8 feet (1.2-2.4 meters) and is a cold-hardy, deciduous, thicket-forming shrub that prefers full sun and woodland edges.2,3 Black chokeberry’s natural range extends from the northeastern part of North America and the Great Lakes region to the Appalachian Mountains.1

In spring, black chokeberry shrubs produce clusters of white-to-pink flowers that are 2-2.5 inches long and each form 10-15 pea-sized, purple-black pomes after…