The Ankh is one of the most well-known and widely used symbols of ancient Egypt. It is in their myths, hieroglyphs, texts and art. What is the Ankh symbolizing? Mainstream ideas are “life”, “breath of life”, or “death and resurrection”. As you will see, they are all way off base. The Ankh has to do with you, your higher self to be exact.

The Ankh is pure Egyptian. It is found in different civilizations, but only because they originated from Egypt. The Christians stole the symbol and used it for their cross. If you understand the true meaning of the christ, you will see why they stole the symbol. Who the hell would worship the symbol that killed their god or prophet? You don’t see Hindus worshipping an arrow. The arrow being what killed Krishna. Mohammed was killed by a wild boar and is the reason why muslims will not eat ham. So why do christians venerate the cross? Christianity is Egyptian and the cross is just a stylized Ankh. […]

Read the entire article at its Source: The Ankh 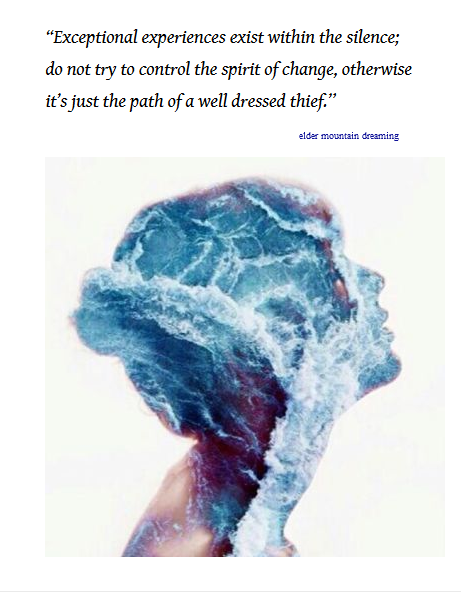 As winter wanes and spring approaches, wild foodists all across North America tap into the time-honored tradition of sugar production – mainly, the transformation of maple tree sap into maple syrup and sugar.  This process, passed on from the Native Americans to the early settlers, is still quite popular today, and is responsible for one of the few wild foods that can be purchased commercially in most supermarkets.

Most people associate syrup with the maple tree, and although much of today’s syrup does originate from the sugar maple, all species of maple can be tapped.  Even better, many other trees from other genera can be tapped to extract sap, which ultimately can be turned into delicious syrup.

In this post, I won’t be discussing the methods involved in tapping for sugar production.  If you are unfamiliar with the process, there are a variety of great websites, videos, and books to guide you.  Rather, I would like to provide a list of various trees (maples, birches, walnuts, etc.) that you can tap successfully to yield wonderful, sugary products. […]

Read the entire post at its Source: 22 Trees That Can Be Tapped For Sap And Syrup | Wild Foodism

The dark side of holistic medicine …

By Merritt Clifton editor of Animals 24-7

“…donkeys fall into a unique and difficult niche:  that of a species formerly kept almost exclusively in poorer parts of the world as a work animal…”

BEIJING––Can demand for a commodity that constitutes only one ten-thousandth of the global market for traditional Chinese medicine really pose what Donkey Rescue World blogger David C. Duncan calls “an existential threat” to barnyard animals as abundant worldwide as donkeys?

This is not about highly endangered tigers,  rhinos,  elephants,  or even pangolins,  all eight species of which were once listed by the Convention on International Trade in Endangered Species as “species of least concern,”  but since July 2014 are all considered “vulnerable” or “endangered” by the International Union for the Conservation of Nature. […]

Read the rest of the article at the Source: Under the Skin: How ejiao threatens the common ass | Straight from the Horse’s Heart 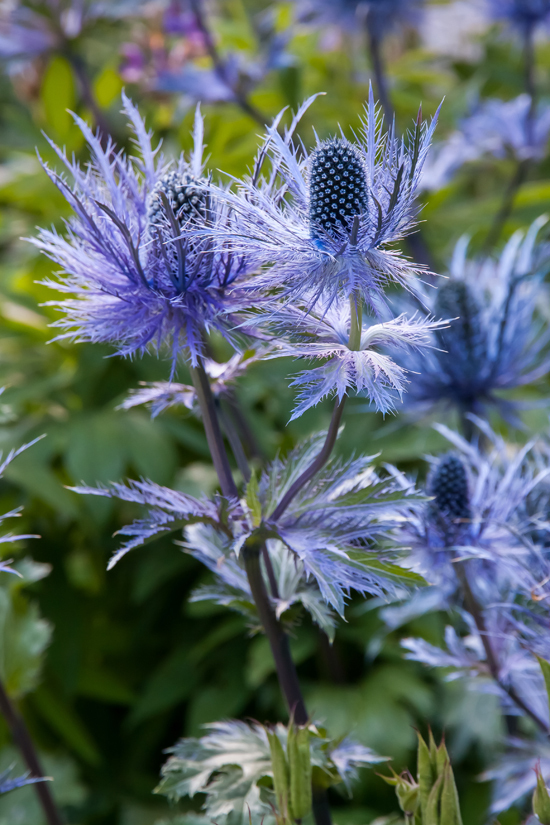 This Thistle Soup Recipe is made using edible food from the wild.

Make thistle soup by chopping (scissoring would be a better word since an old pair of shears is the best thing I’ve found for cutting up green plants) a pan of thistles. Push them down in the pan and add just enough water to cover the plants. Bring to a boil and let simmer for at least twenty minutes. Now you can season this soup and eat it just as it is or you can add some boiled fish, leftover rice or anything else you happen to have. It’s guaranteed to be good and you can use this stock in a stew. […]

Logic, these days, has been replaced in schools with a mind-control apparatus that involves the following:

EVERY POINT OF VIEW IS EQUAL.

EVERYBODY HAS TO CONTRIBUTE TO THE WHOLE.

TRUE CRITICAL THINKING, WHICH IS THE EXCLUSIVE TERRITORY OF THE INDIVIDUAL, LEAVES PEOPLE OUT OF THE GROUP AND IS THEREFORE PREJUDICIAL.

If you favor this new formulation and think it’s useful, I have condos on Jupiter for sale.

The point of modern education, more and more, is the GROUP.

“Good people belong to the group.”

“The Group is everything.”

“If you don’t belong to the Group, you have a mental disorder.”

Why is all this emphasis put on the Group?

The answer to that question also gives you the reason logic isn’t taught in schools anymore:

The independent self-sufficient individual is being phased out.

The independent individual who knows how to think and make lucid judgments on his own is a threat to the EMERGING RELIGION OF GLOBALISM.

The emerging religion of Globalism is a fuzzy image of THE GROUP.

Some people think education has been hijacked for the purpose of training children to become robotic workers for the State. That’s partly true, but education is also the proving ground for the religion of the Group. […]

Entire article posted at the Source: Logic in the Matrix: the Declaration of Independence ‹ Jon Rappoport’s Blog ‹ Reader — WordPress.com

Got a cold, sick in bed? Find relief and comfort with this simple tea blend using 3 common culinary herbs.

When down with a cold, a hot cup of tea can go a long way. But it can be hard to take care of ourselves when we feel lousy. Grogginess, grumpiness, and exhaustion can overwhelm our capabilities for self-care. That’s why I often recommend this totally simple (yet very effective) herbal tea that makes use of some readily available kitchen herbs.

Use high quality, organic herbs. If you’re a cook, you’ll probably have these herbs on hand in your spice rack. Put the herbs into a medium sized teapot or jar. Pour 2 cups freshly boiled water over the herbs, and cover. Let infuse for 10 – 15 minutes. This tea must be covered while steeping, to preserve the medicinal volatile oils in the plants. Strain and pour into your tea cup.  Add 1/2 – 1 teaspoon honey, if desired. Re-steep the herbs with more hot water for another brew. After 2 batches, start again with fresh herbs.

“Okay, time out, folks. It’s Sunday and all of us deserve a few moments of quiet reflection, a hug, a smile and perhaps even a big smooch. We can ramp back up for the fight tomorrow morning but for now hug each other and above all, scratch the forehead or backside of your four legged […]

via Feel Good Sunday: Rescued Donkey Acts Like A Puppy — Straight from the Horse’s Heart 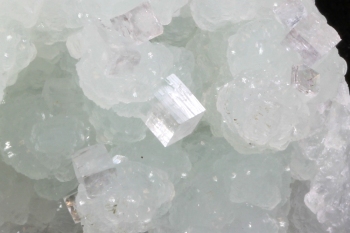 Apophyllite is a great stone for Reiki healers because it takes the patient into a deeper receptiveness. It also helps move the healer’s ego aside so that transmission of healing energy is purer.

This stone is especially helpful in healing the Spirit and helps abandon pretenses and breaks down reserve, bringing recognition of one’s true Self. It stimulates the pineal gland, which helps one open up to spiritual awakening by infusing the body with high-vibration energy.

Entire post at the Source: Crystal of the Week: Apophyllite – Holistic Experiment 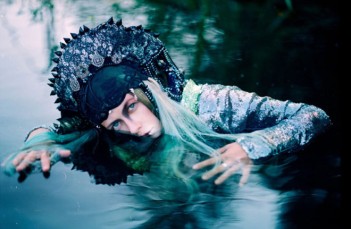 Welcome to the 13th Moon which ends our seasonal year Spiritual Dreamers, Moon People, Healers, Artists, Mystics and Magical Folk. Over the decades I have learned and practiced so much within the healing and spiritual realms of the emotional body, the soul bodies, the dreaming bodies, and the projection and irritations of emotional reality. Seeing, feeling and responding to this very natural seasonal process of lunation cycles within that, lead me to learn, then respect and lastly respond with great dedication of each new moon.

We begin our 13th moon of the year, in the sign of Pisces, starting Sunday, February 26, 2017 at 6:58 am PST at 80 – along with the Solar Eclipse who heralds in the seasonal shift. I generally ask all of you to begin to notice and pay attention to your signs and synchronicity 2-3 days before the new moon and your nights dreaming. These gives you an indication of the personal flavor and setting of the stage of your whole moon cycle you will walk …

“The year about to end and it is like a Snake
creeping in a field. You have no sooner
seen it, than it has already half disappeared.
It is gone and it’s troubles have gone with it.
It could be worse if you catch it by its tail,
why bother to try – when it will do you no good.”