There in Misali, I was discovering my own circular route, from childhood familiarity with Aloe vera in America, to the splendid diversity found in Africa, and eventually… back home again.

The popular story goes that long ago, somewhere in North Africa, grew a smallish yet handsome, robust and edible aloe, plump of leaf and yellow of flower.  This unique plant was taken from a wild stand which has since been extirpated, leaving no parent population to be found.  In the process of domestication, the plant lost its ability to reproduce from seeds, and is thus currently propagated by pups (lateral offshoots) only.  This aloe became known as  “Aloe vera,” a common name that eventually came to be accepted as the scientific name.  Lovely Latin, it means “True aloe.”

However, the story makes little botanical sense, and although charming, has always left me with a number of questions unanswered.  How true is this true aloe? If true, then I’d like to know where it is from, and why it is more true than the rest? If Aloe vera came originally from the wild, then why has it lost its ability to reproduce from seed?  Because the ability to reproduce from seed is one of the main earmarks of a wild-derived species aloe.  And, why is common Aloe vera so very consistent in form?  Wild aloes are not like that–they show some variability in form, and indeed require pollination with plants of different parentage in  order to make viable seed.  Finally, why is the plant so very vigorous? One can hardly keep up with transplanting all the pups. This trait looks a lot like hybrid vigor.  All these questions are satisfied by this one hypothesis: Aloe vera is a hybrid!

Overview:  The Aloe family (the Aloaceae) is represented by about 550 species growing in mainland Africa and Arabia as well as the islands of Socotra, Zanzibar, the Mascarenes  and Madagascar.  Aloes are in general rosette-forming, polycarpic, drought-tolerant succulents.[1] Their leaves are toothed on the margin, boat-shaped in cross-section, non-fibrous and filled with gel. The vascular bundles that occur just beneath the epidermis of the leaf are filled with a bitter, yellow latex. The flowers are drooping, tubular and brightly colored; arranged in terminal, sometimes branched, racemes.  The seeds are dark-colored, occur in capsules, and are winged to encourage dispersal by wind. Beyond these commonalities, aloes come in a fantastic array of forms.  There are tree aloes, single-stemmed aloes, multistemmed aloes, bushy aloes, stemless aloes, dwarf aloes, creeping aloes…[2] Aloes are the most common medicinal herb in Africa.[3] Many African mothers living in the bush know to use aloe leaf for treating conjunctivitis, a use that has rarely been understood by Western practitioners.  Aloe in Africa is also used for treating burns and wounds, as a bitter tonic to the digestion, as an antiparasitic, for treating malarial fever, HIV/AIDS, jaundice, yellow fever, hepatitis, high blood pressure, etc.  Ethnobotanical uses range from snuff ingredient (Aloe marlothii) to harborage of ancestral spirits (Aloe dichotoma).  Aloe vera itself is a clumping aloe that will make a woody stem with age.  The leaves are filled with mucopolysaccharide-rich gel that is used topically to treat burns or other skin injuries, promotes fibroblastic activity and speeds healing–a soothing and antiinflammatory emollient.   The mucilage contains acemannan which is anti-tumor and beneficial against HIV. The skin of the leaves contains anthroquinone glycosides that are hydrolyzed in the intestines, speeding peristalsis and producing a stomachic and laxative effect. [4] [5] 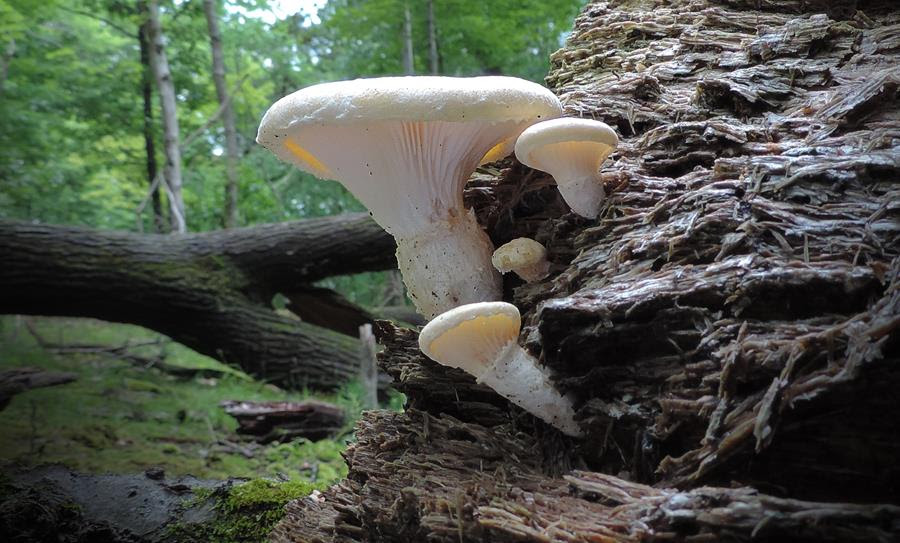 First, I want to say “thank you!” to every person who has attended one of my foraging programs this year.  One of the best parts of traveling to new areas is meeting and spending time with an incredible number of wonderful people who are thrilled to learn new plants and mushrooms.  I’ve had a blast so far this year hopping around different states and I certainly don’t plan on stopping any time soon!

As a reminder, I’ll be participating in the West Virginia Mushroom Foray from July 19th through the 21st at Blackwater Falls State Park in Davis, West Virginia.  While my Friday morning walk has already filled to max capacity, I’ll be offering a presentation on Saturday for all participants.

You can learn more about the event by clicking here!

Fungally speaking, summer is off to a fruitful start. The ample rains and warmer temperatures have been very conducive to fungal activity here in the Northeast, and if similar conditions persist, 2019 could be a banner year for many summer mushroom species.

While on a recent walk through a local wooded area, I encountered quite an array of mushrooms — some edible, some not so edible, but all fascinating in their own right.

One species in particular caught my eye because of its close resemblance to oyster mushrooms, and upon closer inspection, its true identity was revealed to me.

Have you ever seen a mushroom that looks like this?  Would you consider it to be an oyster mushroom or something else?

Check out the new video to learn more! 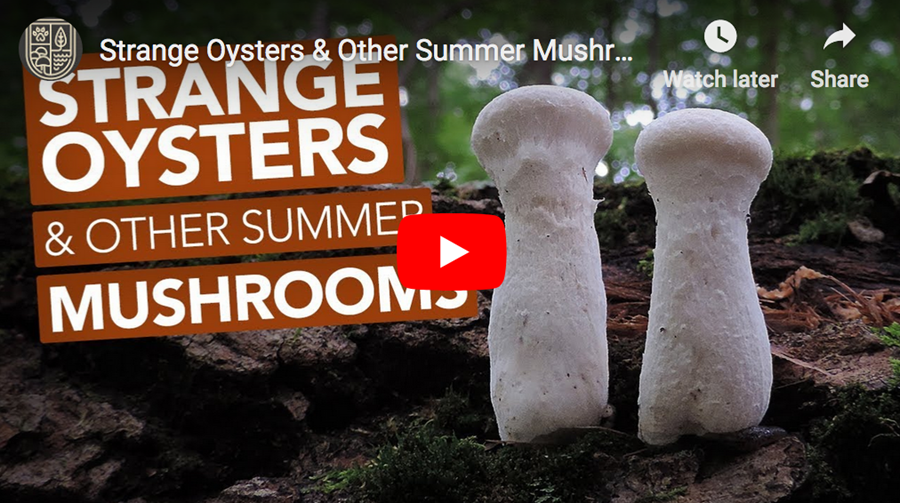 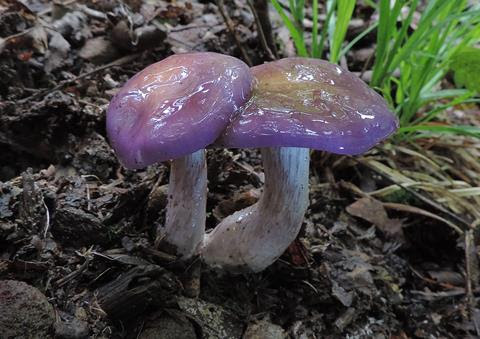 Amongst thunderstorms, cloudy skies, and rainbows, this beautiful mushroom contributes significantly to the array of phenomena that characterize the early summer season. Few mushrooms are as photogenic as this one, and if you’d like to learn who this unique fungus is, check out the recent Instagram post!