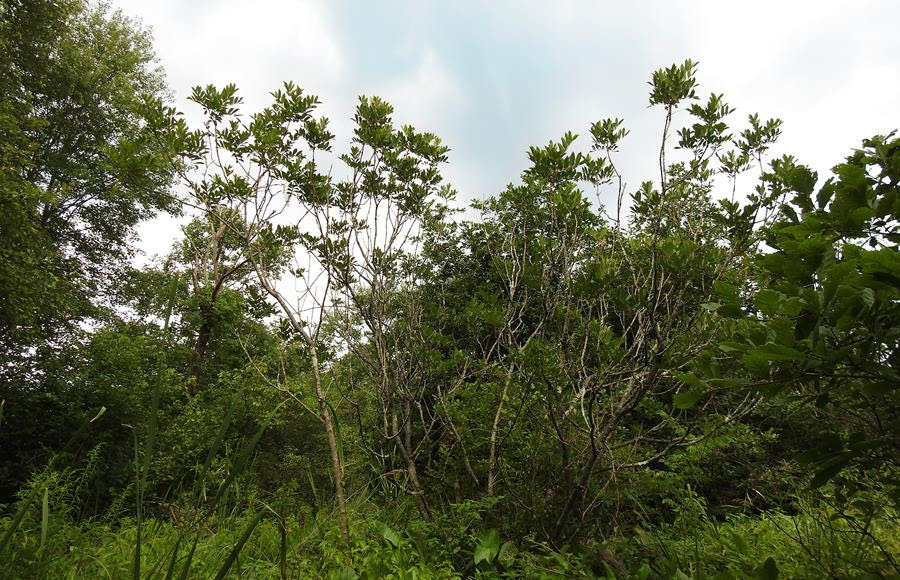 Swampy wetlands can be unforgiving places during the summer months.  The vegetation is thick, the mosquitoes are hungry, and the lack of tree cover forbids any kind of refuge from the mid-day sun.

Strange as it may seem, I still find myself drawn to these soggy habitats in search of organisms that are not commonly encountered elsewhere.  Wet feet and insect bites are small prices to pay in exchange for opportunities to observe and learn new species.

During a recent trip to one of these remote wetlands in western Pennsylvania, I experienced quite a spectacle: the flowers of swamp rose; the immature fruits of winterberry; and the thread-like stems of dodder intimately engaging with every herbaceous plant in sight.

Amongst this activity, I couldn’t help but notice a shrubby plant inhabiting the margins.  Insects were crawling up and down its branches and birds were singing in its canopy, but I knew that any physical contact between the plant and my skin could result in serious consequences.

This plant, which is known as poison sumac, can lead to painful rashes in over 85% of humans.  Susceptible individuals experience symptoms similar to (and reportedly worse than) the reactions caused by poison ivy.

Instead of avoiding the plant, I decided to film a video in which I discuss not only the unique ability of poison sumac to cause skin irritations in humans, but also its ecological value in supporting the health of other organisms.

If you are interested in learning more, check out the new video! 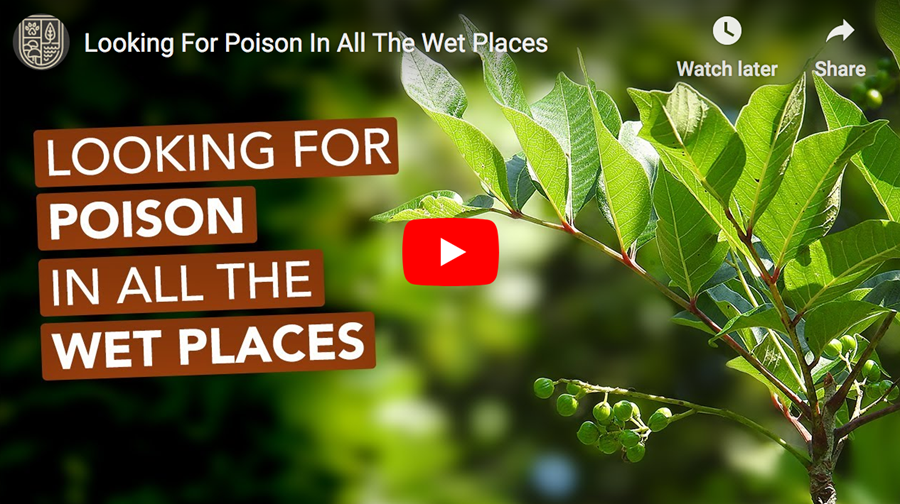 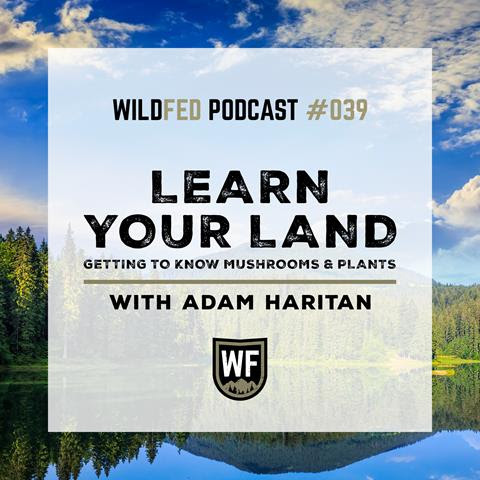 I was a recent guest on the Wild Fed Podcast hosted by Daniel Vitalis.  We covered lots of topics in this interview including plant and fungal interactions, the sustainability of gathering food from the land, the importance of learning non-edible species, and lots more.  You can listen to the conversation here. 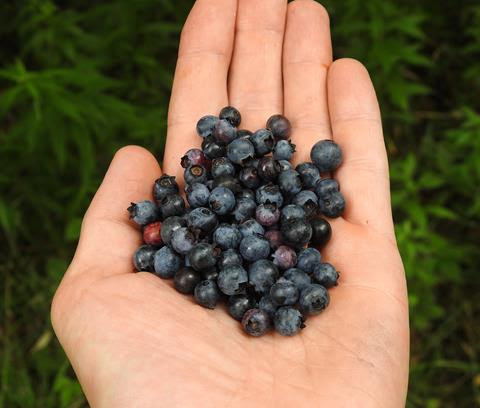 Speaking of plant and fungal interactions, did you know that wild blueberries depend on fungi for sustenance?  Without these inter-kingdom relationships, far fewer blueberry shrubs would probably exist.  Check out a recent Instagram post to learn more.

One thought on “Looking For Poison In All The Wet Places”