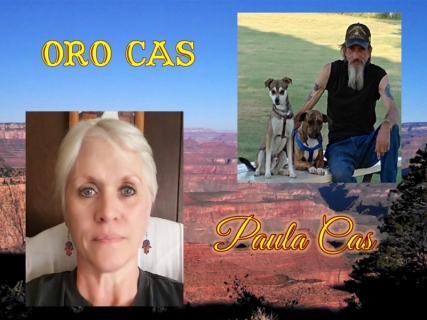 Join us Sunday, July 22nd at 9:00 pm EDT for the next edition of Oro Expeditions Ater Dark.

END_OF_DOCUMENT_TOKEN_TO_BE_REPLACED 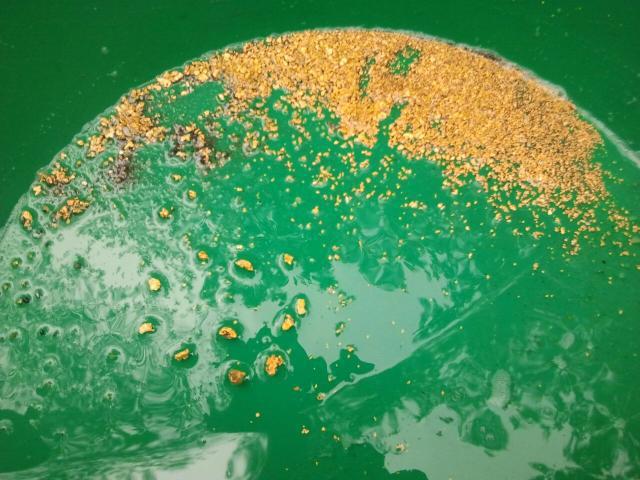 Proceeds from the campaign will be donated to help with campground upkeep.

As I traveled around the country in 2013 during the first year of Oro Expeditions I spent a lot of time living in a tent. It was easy to do this because of my membership in a popular gold prospecting and mining club known as the Gold Prospectors Association of America.

We joined the GPAA in 2009 while I was still driving a truck around the country for a living. Being on the road all the time made it easy to visit quite a few leases and properties owned by them and I took advantage of this almost every weekend while trucking.

It only took a couple visits to some of GPAA’s eastern spots for me to realize that gold miners and rock hounds have a lot in common with over the road truck drivers. They both live outside the norms of modern society and most live a solitary life…

Had a GREAT time with our new friends from Manchester, England. A day in the life of Paul and Debbie’s vacation.

Oro Expedition ’14 And Then Some… With Hal Anthony. Tuesday, March 25th at 8pm edt; Host Oro Cas welcomes Hal Anthony, Host of Behind The Woodshed, joins tonight’s panel to discuss the BLM and USFS plans to close the access roads into the National Forest for ALL users whether recreational or producer/miners in Oregon and many of the other 11 western states. Information on making you comments for the public record.

News and updates on the rules and regulations that are constantly changing, and how they affect the small scale miner, plus there’s always a few surprises. Sponsored by PoBoy Dredge.

Oro was channel surfing one day and happened upon a show with this big man in beat up cowboy hat panning for gold in downtown Charlotte, North Carolina. Oro began to reminisce about panning at Philmont Boy Scout Ranch when he was 14…then asked if I remembered Bob, the guy we worked with in Texas taking us into the high desert near Alpine to collect sand out of the dry washes and taking it home to process it for gold. From there his interest and curiosity grew until we were taking vacation time to go prospecting in North Carolina.

I had a great time with lots of pretties found and enough phone signal to do our radio shows with two smartphones and computer for battery power. I like camping, but also like a few creature comforts when I do. LOL

As life sometimes goes, Oro was forced from behind the wheel of Lil’ Pete and out of a thirty year career. That’s when Oro Expeditions moved from an idea into reality.

I must admit when the ideas started moving from paper and discussions into the real world, I was overly cautious. I was raised by the generation of parents where you worked a job for forty or fifty years, and lived your golden years on your pension, but that’s not the reality of my generation.

When Oro pulled out of the driveway on April 14, 2013, it was on a wing and a prayer. Thank goodness there were lots of bus trips this spring to keep the expedition going until it slowly began to support itself through the First Nugget Contest and the generous support of new and old friends, and Oro finding good places to mine for gold.

As we’ve gotten deeper into Expedition ’13, a few more things have come into the light. What started out as a new career path for Oro is slowing morphing into something else. Yes, it’s still about becoming self-sufficient through the retrieval of gold and gemstones, but it’s also become about other things…the continued access to public lands, teaching people a way to be out in Nature while learning a skill the whole family can enjoy (even if it’s just playing in creek), and that can actually add to your pool of resources as a ‘rainy day’ fund or those times when your retirement and Social Security whimper at the cost of living.

So Oro Expeditions is no longer just about Oro going out into the wilderness to bring home the gold–it’s also about sharing…stepping into the battle to retain the few individual freedoms that’s been left to us–sharing time with family and friends old and new in the breathtaking beauty that is the wild places of our country where we can breathe, and ground ourselves then carry that balanced and centered energy back into our everyday lives.

As Oro and I work to pull together funding for Phase II, we’re once again depending on those that can see the dream, and someday say, “If Oro can do it…so can I.” This time when he pulls out of the driveway to head South, instead of cautious, I am optimistic. It’s not just Miss Paula supporting Oro in his dream, but also being able to see all the things that can happen when that dream comes to fruition. That’s why I suggested crowdfunding to fund Phase II and beyond. I have seen the generosity of people when a dream catches fire, and hope they too can see our dream.

Blessings to Everyone and as Oro says on his Expedition videos…”More Later.”

Tuesday, March 12 at 8pm est, Miss Paula and Oro of KDCL Media sit down for a conversation with Rich Krimm from The New 49ers Prospecting Club.

Rich will be discussing underwater suction mining techniques that will be used in California this year.  A loophole has been found with respect to the current dredging moratorium and our members and other miners in California are going to take advantage of the technique.

We’ll also be talking about the proposed dredging moratorium in government committee in Oregon, and the environmental impacts of this form of mining.

He’ll also give us the 411 on The New 49ers Prospecting Club of Happy Camp, California, and all the great things in store for the coming prospecting season.

Oro and Miss Paula talk about their adventures prospecting for gold and gemstones.

And Then Some… covers the issues facing the recreational and pick and shovel miner in today’s environment.